Word. Another. Joined between a feeling, a memory, a sense. Let it flow from within to sentences. Simple, sensible and truly something original. Written emotions on paper: a poem.

Flashing by moment
a sense, feeling
that never comes
another
not to anyone
not to me
ever again

and I let go
to paper

The Poet In Me

Nice to see you here!

This is where my feelings and thoughts many times end up. More than twenty years ago I scribbled my first poems as 14 year old boy that was dreaming about being published author and poet.

Well, as usual, the poems never were sent to publisher and learning process was considered too hard - might have been different if there would have been internet then.

So I wrote occasionally less and less until last year when I decided to start writing for real since I had extra time. Started a blog and build some confidence. Finding All Poetry poetry society really made difference; more fellow poets and for the first time critique. And chance to read lots of good poetry

Now I am serious on writing and aim to improve to the lengths to make it for real. I am going to be published since I have a poet inside me and I intend to unleash it

smoke on the horizon
smells bitter, far from sweet

child and the candy char, only given one
char and the child with adult gone out of the building

instead of hitting
we slaughter our children

the obesity of greed
once considered a cardinal sin(s)
where to put the stuff we buy and buy and
buy...and have to buy a bigger house

land of ice is land of ice
never change, the glaciers, only melt
in children's mind
dreamful role plays of queens of ice
and behind back
turned by
adults

level of carbon dioxide 2009 in the atmosphere  390ppm
lot is only a lot in comparison to what
we had, greed is always more and
plenty will turn into too few
standard of living by gross world product 58 500 billion dollars
population 6, 834, 721, 933 leaves
8 559 dollars per capita

deserts are flooding, expansionists
forests are falling, down
and burning
erosion, hurricanes, massive raining, too hot, too cold, typhoons, flooding, snow not falling, ice is melting, cities polluted, heatwaves, cars, coal plants, unnecessary things we buy and buy and buy and throw away, non-recycling behavior, deeds we do in everyday life, the politicians we elect, shame on else    not, shame on ourselves, country by city by block by house by people, it is the individual choice we make every day

normally when one hears sirens
the help is on its way

adults are touching the air
between the bars

even blind man can feel them
the cold

amounts of carbon dioxide in future rises, more people inhabit
the still beautiful planet, we'll get richer the more and richer some more
the standard of living
not by dollars
as we toss the place in flames and
tell the sirens to take it easy
?

Caught by the eye
on knees I fall

carrying household on
its back, antennas wink tardily

I sit on my bed
emptiness staring at me
thoughts possess me, controlling
all of my body

it hit me like nature hits people
when it feels like showing off,
but inside me,
like a gigantic hailstorm out of nowhere
ripping up all your defenses in seconds
and giving your umbrella
a time of its life,
literally

dead,
umbrella
death inside this
body

after that I have a dream of letting go
enjoy for goodness in life
in tiniest things
and bring my death home
request is to spread it to the sea on windy day
in the place I was happy
a long time gone
Lähettänyt V. S. Paavolainen klo 9.06 Ei kommentteja:

The one speaking strange languages
of some I know, other, who knows
discussion, hollers, suggestions
my friend, sometimes,
a foe

the one I love
and have enormous
respect, one, and another
a moment, repulsion

I tend to raise the stakes
and the one sweeps the whole table
get along, hang along not go together at all

mornings hate and thunder dizzy under haze
the one stares and mirrors but
nowadays I turn my back
lovingly yet
Lähettänyt V. S. Paavolainen klo 9.05 Ei kommentteja:

If only I could traverse
always back
to that
Lähettänyt V. S. Paavolainen klo 8.35 Ei kommentteja:

Stabbed In The Back

The powder,
nausea,
jealousy of
competition,
the worst coming from
the heist

to use her grandest asset
her own palest shine
stabbed with,
icicle
Lähettänyt V. S. Paavolainen klo 8.33 Ei kommentteja:

ville.s.paavolainen@gmail.com
When you come to a certain age you mark the end to what other people say because you've taken so many blows you do not really care anymore what is said about you or what you say. When discouraged and put down too many times - too often by yourself - you'll end up appreciating even the slightest encouragement. You will get strength to do what you have not ever before even imagined because you we're too busy thinking what were the other thinking 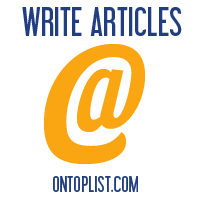